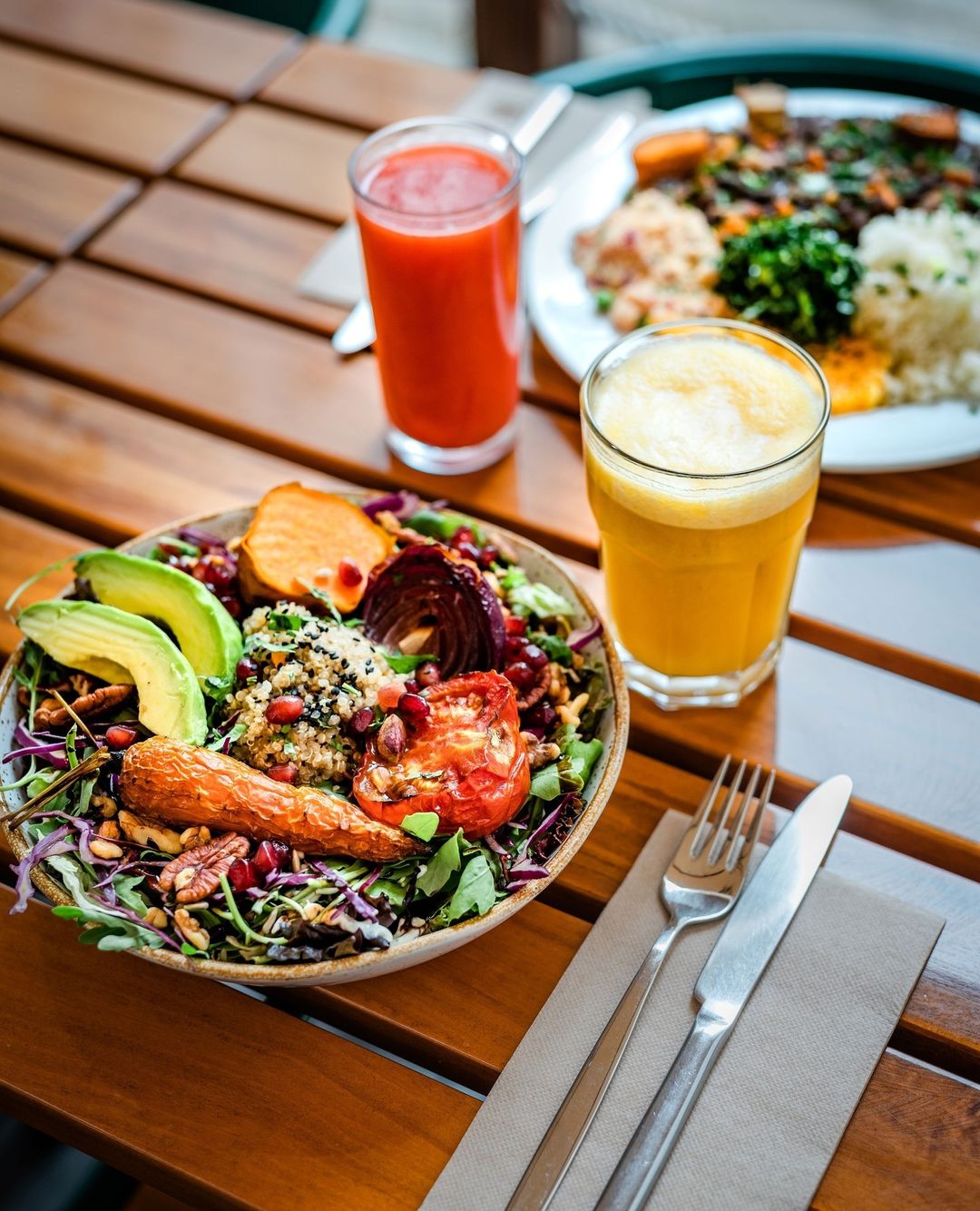 Lisbon is a vegan-friendly city, obviously, with many great restaurants. Veganism is rising in Portugal, and Lisbon is leading the way as the most populated city in the country. With its delicious vegan food, beautiful scenery, and friendly people, it is no wonder that we are striving to visit Lisbon.

The best vegan restaurants in Lisbon

This restaurant is perfect if you want a vegan version of a traditional Portuguese meal. The menu features vegan dishes like arroz de seitan (seitan rice) and bacalhau-à-brás (vegan codfish cakes).

As the name suggests, this restaurant specializes in vegan sushi. They have an impressive menu with all sorts of vegan sushi rolls and soups, salads, and vegan versions of traditional Japanese dishes.

Vegan Nata is a vegan-friendly bakery focusing on organic, locally sourced products and ingredients. They have a wide selection of pastries, bread, and savory dishes like quiche and empanadas.

This restaurant is all about fresh, healthy food, and the menu frequently changes to use seasonal products. Still, you can always expect vegan versions of Portuguese classics like caldo verde (kale soup) and feijoada (bean stew).

This vegan-friendly burger establishment has all the usual suspects, like burgers, fries, and milkshakes. But they also have vegan-only options like the vegan burger (made with a vegan patty, of course) and the vegan fries (fried in vegan-friendly oil).

Other noteworthy vegan restaurants in Lisbon:

A story behind veganism

Veganism is a plant-based diet that excludes all animal products, including meat, dairy, eggs, and honey. It is good for you because it is associated with a lower risk of heart disease, cancer, diabetes, and obesity.

It is also good for the environment because it requires less water and land to produce than a meat-based diet.

The benefits of veganism

1. A vegan diet is associated with a lower risk of deceases and obesity.

2. Veganism is good for the environment.

3. Veganism is also good for your wallet – a vegan diet is typically cheaper than a meat-based diet.

5. Vegan food can be just as delicious as non-vegan food.

Veganism is an excellent option for those looking for a healthy, sustainable diet. And Lisbon is the perfect city to try it, with its many delicious vegan restaurants. So if you are visiting Lisbon, check out some of the city’s best vegan restaurants!

Hello, I'm Jody and this is my VeganFamilyTravels blog. I share ideas on vegan life and travels. I hope you enjoy the reading! Read more about me